Retirement Not What You Thought it Would Be? Check Out My New Course! Ready, Set, GO!
No products in the cart.
$0.00 Cart

Do I Have a Favorite Place to Travel? 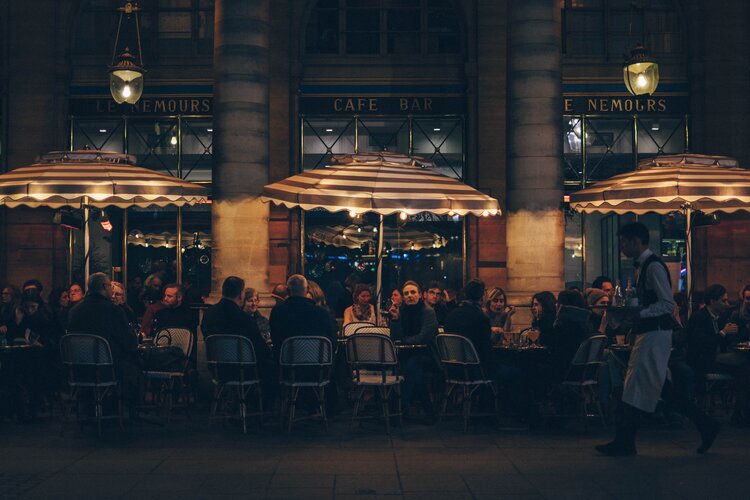 Yes and no. Sometimes.  Depends.  Wow, that really explains a lot.

Okay, let’s see if I can dig myself out of this murky trench.

In the winter after 17 ½ rainy and cloudy days, the sun comes out and when I look up it is a blue so brilliant it feels like a sapphire sky.  Then, blue is my favorite color.  When I want to feel sexy as shit then red comes to mind.  When spring comes and I am out in nature then the thousand hues of green are my favorite.

Favorite songs?  In love? No longer in love? Depressed? Excited? Cleaning house? There isn’t just one.  It depends.

And they might change tomorrow. Just saying.  It depends.

In the little caravan I would say the place that touched my heart the most was camping in the Redwoods in Northern California.  I felt I was surrounded by wisdom, goodness, honesty and integrity.  These trees spoke to me of a presence greater than myself.  And they gave me hope.

They have to be experienced.  I have not found the words in this language to describe them or what it feels like to hike with beings so amazingly ancient.  I am a dit.  A speck of sand.  They are a tower of energy and cosmic wonder.  Lots to take in while walking silently and listening.

I also loved Lake Baikal in Siberia.  When I lived in Ukraine, I had to get a visa to go into Russia and they asked why I wanted to go there, and I told them I wanted to see Lake Baikal.  That it was the world’s largest fresh-water lake and over a mile deep in places. They were surprised.  I got the visa.

The water is so clear you can see at least 130 feet down.  Twenty percent of the fresh water in the world is in Lake Baikal.  I even got to see 3 of the seals who live in the lake.  The only freshwater seals in the world.  Yes indeed.  A favorite place.

I have two countries that are dear to my heart too.  Well truth be told I find things to love everywhere I have traveled.  Bhutan and Malta.  Tiny countries.  I could experience a lot of them. Not always possible.

In Bhutan I walked across the country on the people highways in the forest.  There are only a couple of roads for vehicles connecting them to India.  They are protected from their feared neighbor, China, by the mountains that make up part of the Himalayan range.

I was on a walking tour with 4 other people. We meandered through people’s yards, visited the schools, invited to the Buddhist temples, climbed to The Tiger’s Nest, (the temple carved into the cliffs), ate the mouth-burning-like-a-volcano food, and wanted to rescue all of the homeless dogs.

Malta was the place I stayed for a week as a re-entry point into the United States after being gone for over two years. Peace Corps.  I needed it.  I quickly learned how to use public transportation and during the week I rode every day, morning until night.

I hired a man to take me to places I couldn’t go on the buses so I could get great photos of sunrises, sunsets, hidden roads, special places he knew about and markets.  And I had the best dinner of rabbit (their national dish) in an underground restaurant the night before I left.

And there is nothing like going flat out death defying scared as shit horse racing on the beaches in Ireland.  Whew.

As I write this, I am flooded with memories of so many places.  Machu Pichu before people (when I was 20).  Slept in the ruins.  Italy.  Beyond beautiful.  New Zealand a country of a 10 rating at every turn. Australia.  What’s not to like?  It is a wonderful world.

What I don’t know very well are Asia and Africa and those will happen soon.

But beyond the places are the people and the heart and soul of a place.  The knowingness of it.  That is a different kind of favorite.  More like a feeling of wonder.  Falls into the category of “I could live here.”

You know, when you go to a place and it lingers on your taste buds and buzzes in your memory and leaves a dent in your heart.  Those are the times when people share part of themselves with you.

The old man in the park in Ukraine where I would walk several days a week for two years who would nod and smile and finally stopped to talk.  He showed me his wrist tattoo number from the holocaust, and we cried together.

My department head at the University where I taught in Ukraine sharing her secrets of living under Soviet rule.  Things she was afraid to tell anyone else.

Bringing food to refugees hiding in the forest in Thailand after escaping from Myanmar.

Hiding contraband for peasants on buses from roadside raids in Ecuador.

Those are favorite places in my heart. Those are people I think about.  I know you most likely have some too if you have traveled very much.

I also have favorite places because of magical conversations with friends. Hours would bind us together and time would warp and fold in and hold us close.  We would close up restaurants and laugh into the street and do it again as soon as we could.

Do I remember the names of those places?  No, I do not.  Will I ever forget them?  No, I will not. I guess what I am saying is I have lots of favorites.  And I hope you do too.